Home › Blog › Chuck the Playbook: Have Fun in the Game It’s March and Spring is on the horizon for us here in the Northern Hemisphere. With that, as I recently wrote in my article, The March Madness of Learning, the NCAA March Madness tournament is about to tip-off this week.

From filling out brackets to competing with friends, to buzzer beaters sending David into the next round over Goliath, to the sweet montage of one shining moment at its conclusion, there is so much to love about this tournament of bright-eyed, energetic, collegiate athletes. And perhaps some positive energy is needed these days to uplift our spirits a bit during a time of global distress – a gravely serious topic which I will not comment on further in this post, other than to say, the lightness of this article is not intended to detract from or minimize our attention and concern regarding that situation in any way.

So, if you are able to enjoy the tournament this year, I want to call attention to a key factor in one of the things that makes this spectacle shine: the supporting cast.

Aside from all the on-court drama, showmanship, and theatrics, it’s almost as engaging to watch the talent of the cast that supports the games from camera people and studio engineers, to the people who star in the recurring March Madness themed commercials to the play-by-play announcers and the halftime show analysts. Speaking of commercials, a certain credit card company – which I won’t name here – has gained pop culture status among hoops purists. These commercials star Charles Barkley (ex-Auburn and NBA star, and current NBA analyst), Samuel L. Jackson (actor), and Spike Lee (director) together as the trio pitted in various absurd situations much akin to sitcoms like Charles outfitting his man cave with a “Barkley Lounger.”

What I love about the Turner Sports network (broadcast partner of NCAA March Madness and the NBA) is how unique their halftime shows are compared to the other shows out there. With the NBA on TNT halftime show, for example, the four-man crew can be recapping the day’s hoops action in one moment and then in the next be arguing about the right point to fill up gas!

As previously mentioned, Turner also broadcasts March Madness, which is a boon for those seeking to escape the mundaneness of standardized pre-, post-, and halftime-shows. Here you have a very diverse mix of talent. To name a few, you have Clark Kellog (former college hoops and NBA star likely known to young people today as the guy who announces the games on the NBA 2k videogames), Kenny “The Jet” Smith (two-time NBA champion), Ernie Johnson (TV Host, Author, and Mediator on Inside the NBA), and Charles “Chuck” Barkley (described above). One thing that pulls me towards watching this cast is the synergy and playfulness between them. When you are watching one of their shows, you are more likely to laugh than any of the others out there. It’s a show where the talent isn’t bound to a script – so the resulting atmosphere is loose, humorous, and tangents are accepted (and seemingly encouraged).

How Does this Relate to eLearning?

Here at Litmos, we have a similar culture of liveliness which separates us from the pack. And, we believe that eLearning can be fun (or at the very least, enjoyable). We’d like to shatter the old myth that eLearning is a boring slog through slide-based content that puts learners to sleep and results in low retention and little interest in further development. The Litmos Training Content library is rich with video-based, highly engaging courses that bring learners back for more.

Also, just to toot my own horn as an intern for the marketing team, if you take a look at many of the marketing materials we produce, you’ll see that we often offer fun, friendly assets that aim to entertain as much as inform. For example, if you look at Sir Lennington’s Handbook of L&D Etiquette and Manners, L&D Gurus, L&D Monsters, or (as a teaser) the forthcoming theme we’re working on with the Joy of Learning (a play on the classic cookbook, Joy of Cooking), you’ll get a gist of the energy we attempt to extend.

This energy is not just confined to the written word. Check out recorded webinars such as The Five Love Languages of Learning or How to Lose a Learner in 10 Days. Or take a look at our release notes videos – something you might think of as typically dry and humorless. Our team turns these into comical, stimulating announcements.

So, to end where I began: what does Litmos have in common with the supporting cast of the NCAA March Madness? We prioritize producing engaging learning content and express a friendly, high-energy culture to our prospects and customers. We hope this is something people can feel and something we hope brings some much-needed smiles to our learning community. 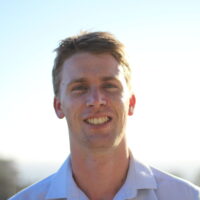 Here we are. Just a few weeks away from one of the most exciting events the annual sports calendar has...

Bouncing Back: A Trainable Skill

It’s college basketball playoff season in the US – otherwise known as March Madness, where the country’s top teams in...