Litmos partners with Bloomberg Media Distribution to bring “Game Changers” and “Studio 1.0” leadership courses into the hands of learners I’m really excited to announce that Litmos has partnered with Bloomberg Media Distribution to make our Litmos Heroes library even better. We’ve licensed two incredible video series from Bloomberg TV, legends in the business world, with lessons and stories from the best-known leaders in the world. We’re giving you access to two original documentary video series from Bloomberg TV called “Game Changers” and “Studio 1.0.” These series provide a deep and compelling look at nearly 30 business leaders and entrepreneurs who climbed to the top of their fields and changed our world.

As you scan the list of game changers in these courses, you’ll find icons like Warren Buffett, Richard Branson and Magic Johnson. You’ll see genius creators like Ralph Lauren, J.K. Rowling and Steve Jobs. And, you won’t be surprised to discover groundbreakers like Jeff Bezos and Arianna Huffington.

Yes, it seems game changers appear (almost miraculously) across all facets of life from technology, finance, and business to music, sports, and literature. Even so, they tend to have several attributes in common. For one, they’re not good at taking “no” for answer. They don’t tend to care much about what “the others” are doing and make no apologies about forging new paths. Perhaps most importantly, they make the world better than how they found it and inspire others to dream big and attempt to do the same.

As I think about game changers, it becomes clear that they represent the highest level of leadership—something that everyone in business can aspire to, whether managing a small department or an organization of thousands. Game changers can show us all how to be better at what we do and share that goal among our teams.

I sincerely hope you take advantage of this incredible content and use it to inspire the next leaders in your company!

If you are a Litmos Heroes and Litmos customer today, reach out to your Account Manager on how to get access to these courses. If you simply want to learn more, email or contact us here! 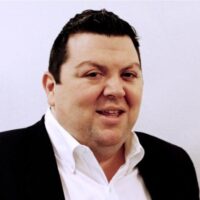 Rory Cameron has over 15 years of experience in business development, sales, and sales operations across a range of technology sectors. At CallidusCloud, Rory runs the platforms group which consists of Litmos, CallidusCloud CX, and Datahug, highly disruptive platforms in their respective markets. He has held numerous roles at CallidusCloud across sales, corporate development, and alliances, both in EMEA and North America. Rory led the effort to broaden CallidusCloud’s solutions suite including a volume SaaS operation and the development of the company’s renowned sales academy. Prior to joining CallidusCloud, Rory ran divisions for a range of technology companies including Datapac Ireland, MTL, and Bytes Technology Group. Rory was featured in CRN Magazine’s Channel Chiefs, 2013. He also serves on the board of ThisData.

The COVID-19 crisis has completely transformed work. It’s changed the way we physically go to work (or not), the way...

Learning Heroes Acquired by CallidusCloud CallidusCloud, Litmos’ parent company has made another acquisition underscoring the value of its pre-built course...

The word “influencer” has certainly evolved over the last several years, mostly as a result of social media, where almost...