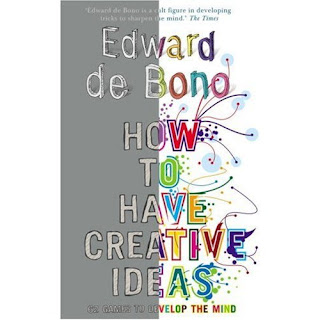 For those of you who aren’t familiar, Edward de Bono is a very well-known ‘Maltese physician, author, inventor and consultant who’s the originator of the term ‘lateral thinking” (Wikipedia). He is best known for coming up with creative ways to approach the same problem and tricks to sharpen your thinking.

Now, there’s only so much he could cover in a few hours, so really I felt he just scratched the surface of a bunch of his ideas. Probably the most useful part was all the exercises he had us do as a group on each table, which really worked to emphasize the different ways to view and think about a topic or problem.

I’ve skimmed over my notes and these are the 5 main points that I took away from his seminar:

“What do you see as the next phase for us i.e. agricultural, industrial and so forth?”

To which Dr de Bono’s response was:

For many of us who design e-learning, the multiple choice question is the default question format we add at the...

Ask anyone what one skill they would love to possess more than anything and they’ll probably say “the ability to...

Analytics are generally used to market and attract new customers to your brand. Big Data can also help you determine...