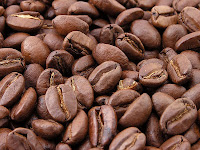 When you work hard and play hard, there’s times when you wish you could tap in to a secret reserve tank of energy. So who wouldn’t benefit from discovering a few secret weapon foods that sharpen senses, increase learning and pick you up when you’re fading?!

Here’s the Top Five Brain Foods as determined by BrainReady. Backed by valid scientific research, these are readily available and all-natural so get munching (then get back to work!):

For the full details on these foods click here