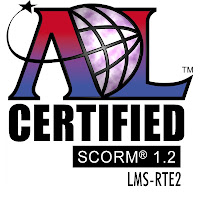 Free Your Training Content from the Chains of SCORM

If you’ve been in the eLearning industry for any significant period of time you know the industry thorn that is...