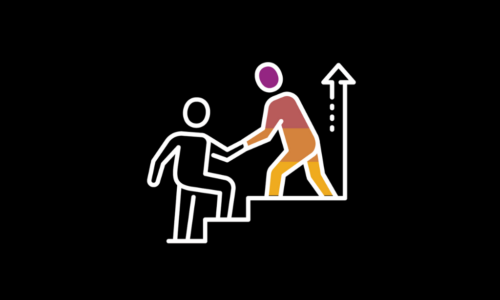 During the pandemic, leaders have been shown that for an organization to be successful, executives would need to develop strong people skills: they’d have to be adaptable, communicative with team members, and interact in a deeply human way with all stakeholders.

As we move beyond the pandemic, these skills — which can help all leaders deal with future crises, no matter the nature of the crisis  — will need to be learned by up-and-coming leaders. It is, however, a stark departure from the executive development of the past.

The trouble with traditional leadership training

But that’s not what the executives themselves want, especially not young, emerging leaders, who hop between jobs freely. A report from Gallup found that 21% of Millennials have changed jobs in the past year.

That doesn’t mean young leaders don’t want leadership training — many consider leadership training and development a perk. Pricewaterhouse Cooper’s (PwC) report on Millennials At Work found Millennials were more interested in learning and development than in other kinds of benefits, including cash bonuses; 52% of respondents also said they’d choose a job that would let them advance through the ranks quickly over one with a higher salary.

The difference is, most employees want leadership training that serves their needs, not just the needs of one company. They want training they can take with them when they move to another organization, rather than proprietary information that only serves their current employer.

That was the state of affairs before the pandemic disrupted everything early this spring.

How did the crisis change leadership?

When the pandemic began spreading early this year, it brought with it a wave of uncertainty and rapidly-changing news. First, it was a crisis that only affected a few areas of the world, then it affected the entire world.

News and medical recommendations changed quickly, as did the recommendations for the business world: essential employees had to continue working as before, but under strict health and safety requirements. Non-essential personnel were sent home to work remotely.

When the shutdown came, leaders found that they had to think on their feet in a way that was new. While this was certainly a stressful time of long days and hard decisions, some business leaders reported that it was also invigorating. Training Industry interviewed a cross-section of executives who said that the limits the pandemic put on them forced them to become more creative, communicative, and people-focused as they worked to keep their teams safe and productive. (Their teams responded positively as well.)

What leadership skills should be trained in times of crisis?

What skills were most helpful in this crisis and what skills will help companies move forward?

By and large, the skills executives said helped them most weren’t organization-specific hard skills, such as how to perform a specific task important to one company. Rather they’re soft skills — people skills — that helped them be agile in a crisis, and more importantly, helped their organizations become agile as well.

Soft skills, interestingly, are also called transferable skills, because they transfer between jobs. So it seems that training leadership skills that may apply to more than one company may be the way to approach leadership training in the future.

How to train leadership in (and beyond) the crisis

Many of the leaders who have been making a difference during the COVID-19 pandemic learned their newest and most relevant skills on the job, while under pressure. While you can’t plan for the specific lessons an executive will need to learn during a crisis, you can prepare them to learn those lessons by training them in something called “learning agility.”

Learning agility, according to Training Industry, is “the ability to learn the right lessons from experience and to subsequently apply that learning to novel situations.” By using training to build this agility during calmer times, your leaders will be able to respond quickly and creatively to any new situation — no matter what a crisis throws at them.

The ROI of Training Your Employees

Nothing strikes fear into a training manager’s heart quite like the term “ROI.” Trying to prove to leadership that a...

Learning is the Key to Transformation

The working world moves fast. The half life of a learned skill is five years. The average lifespan of the...