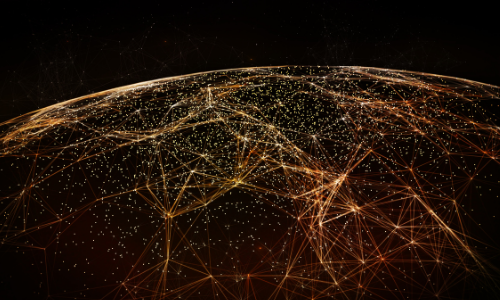 Thanks to technology, organizations of all sizes can employ people all over the world. So what does it mean when some of our learners aren’t safe in their home countries? What can we do? How should we respond as managers and team members?

The war in Ukraine has seen a shift in how companies respond to international conflict. Organizations are working to support their employees in Ukraine — paying the salaries of those drafted into the Ukrainian military, relocating workers where possible, and sharing information to keep workers safe. Other companies have stopped doing business with Russia, pulling products and services being used there.

It’s a much different approach to geopolitical conflict than businesses have taken in the past.

Why is this conflict different?

Previously, wars may have seemed distant — something happening on the other side of the world —  but in the last 10 years, and especially after the pandemic, which made remote work the norm, the world has gotten much “smaller.” Ukraine is home to around 200,000 software developers; a 2020 study found that about 20 percent of Fortune 500 companies employ development teams in Ukraine.

For the co-workers of those remote employees, this conflict does not feel as far away as other wars have. Co-workers have seen their Ukrainian team members every day in meetings, on Slack, and in their email inboxes. Their team members are part of their daily life, and they’re understandably worried about the safety of those in harm’s way. They may be socially active outside of work, and see their co-workers’ social media posts.

This conflict may have your learners wondering what your organization’s duty of care is towards employees in conflict-embroiled areas.

How are companies taking care of their Ukrainian employees?

Organizations all over the world have found ways to help both their employees in Ukraine and the Ukrainian community in general. Below are a few examples.

Litmos’  parent company, SAP, is offering donations as well as office space to house donated medicine and food. Many employees have offered their homes to refugees, and SAP is also using its technology to help Ukraine; the company enabled suppliers on SAP Business Network to declare their readiness to provide humanitarian aid; and is helping the Ukrainian government order supplies for hospitals so that they can get urgently needed equipment as quickly and easily as possible.

JustAnswer, a San Francisco-based tech company, has 1,000 employees; 252 are in Ukraine. The CEO spoke to NBC last month about the company’s efforts to take care of its employees there. JustAnswer has helped to relocate employees to safer areas of Ukraine, and has committed to paying the salaries of any employees who have been conscripted or who voluntarily join the Ukrainian military.

Transport and logistics service provider Hamburger Hafen und Logistik evacuated the last of its 480 employees from its terminal in Odessa, Ukraine in early February. The company said it would pay employees one month’s salary to allow them to “stock up on essential goods.”

Website company Wix is headquartered in Israel but 15% of its workforce is in Ukraine. The company moved some workers to Poland early this year, and chartered flights to bring other employees and their families to Turkey. Some Wix employees were unable to leave; those employees are being met by their colleagues at the border with supplies like food and clothing.

How can you address global conflict with your learners?

If your company employs workers in the Ukraine, chances are that leadership started making contingency plans months ago, and has already reached out to Ukrainian team members. But how do you handle conflict with non-Ukraine workers? And how do you handle geopolitical conflict in the future?

When your workforce is global, your company becomes global as well, and your team realizes they’re global citizens. That is a strength; by working together we can keep all our workers safe.

The Challenges of Training Deskless Workers

It’s estimated that “Deskless Workers,” or those employees who don’t have designated working spaces, make up a remarkable 80% of...

Last year, model and cookbook author Chrissy Teigen put in a grocery order with a shopping service. She ordered 5...