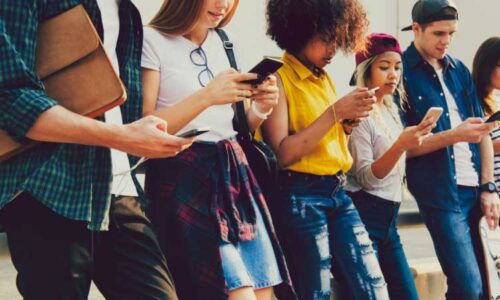 They came of age watching influencers on YouTube, Instagram, and TikTok. They’re digital natives and typically more tech savvy than any other generation. And now, they’re leaving college and entering the workforce.

Get ready, Millennials, Xers and Boomers: the eldest members of Generation Z have joined the party.

What is Generation Z?

For the most part, the oldest Zers are in their early 20s, which means they’re headed out of college and into the workplace. And that means that once they’re hired, you have to train them. So what do you need to know about Generation Z to train them effectively?

They have a solid grounding in remote and hybrid learning

Many members of Generation Z were in college during the pandemic, so they know how to take a course online. Many college seniors spent the last year and a half in fully remote or hybrid classes. While many finished out their senior years at home, taking rapidly converted in-person classes online, the 2020-2021 school year saw students heading back to the dorms and taking classes from their dorm rooms. Some even did internships and jobs remotely.

This experience means your newest hires are ready for both remote work and remote learning. They’re unlikely to be intimidated by online learning, learning management systems, or hybrid learning — they may even expect it.

The first iPhone was released in 2007, when the oldest Zers were between 12 and 10 years old, but smartphones predated that; most Zers don’t remember a world without some sort of smartphone. They’ll expect mobile learning, and they’ll expect to see it done well. After all, Generation Z is adept when it comes to apps and every other function of their phone. They will notice clunky mobile learning, and probably won’t respond well to it.

Generation Z is the last generation that will be predominantly white. According to the Annie E. Casey Foundation, the kids born between 1995 and 2010 are 50% white, and 25% are the children of immigrants. The diversity doesn’t stop with ethnic and racial diversity; Generation Z is more likely than other generations to accept same-sex marriage and non-binary gender identities. This means examining existing training for unconscious bias (not referring to employees as men and women, for example), providing mentors for new hires who aren’t exclusively white or straight if possible, and making sure you’re responding to the diverse range of interests your new hires care about.

Mental health is important to them

The members of Generation Z feel it’s okay to tell people when they’re not okay. The Annie E. Casey Foundation finds that 37% of Generation Z (compared to 35% of millennials, 26% of Gen Xers and 22% of baby boomers) have sought treatment for mental health issues. They’re also far more likely to report their mental health as fair or poor than other generations.

What does this mean for work? They’re not going to work themselves into the ground, and they believe in genuine self care. You need look no further than Simone Biles’ decision not to put her mental health in jeopardy by competing in the Olympics this summer, or Naomi Osaka’s refusal to compete in the French Open in the spring. Your training should take this mindset into consideration, either in how you serve training, or how you train older workers to prioritize their own mental health.

They may need Millennial mentors

Remember when we used to write about Millennials? The oldest Millennials are now 38 (they grow up so fast) and are well established in the workforce. Millennials and Generation Z, however, have a lot in common, according to the Pew Research Center. Both grew up in the digital world. They both feel strongly about many of the same issues. They’re also very close in age. And as much as Generation Z is tech-savvy, they also love on the job training and mentoring, according to Gallup. By pairing Zoomers and Millennials in the workplace, you’ll be able to provide that mentor experience while teaching your new hires the ropes — like how to use the landline.

Once again, it’s time to start worrying about a new generation coming into the workforce. In fact, the worrying has...

Training for a Mentally Healthy Workplace

Did you know mental illness is now recognised as a leading cause for workplace absences, sick leave and long-term work...

It’s World Mental Health Day, a day when people from across the globe are encouraged to educate themselves, raise awareness...