How to Counter Unconscious Bias There’s a lot of talk about how unconscious bias affects who gets hired and promoted in organizations. There’s also a growing number of strategies to tackle this issue. For example, companies are assessing job descriptions for gender bias, removing names and demographic information from CVs, and rolling out diversity and unconscious bias training for leaders. These are all positive steps but can give the impression that it’s only HR and hiring managers who need to address their unconscious bias. Yet nothing could be further from the truth.

Let’s talk about unconscious bias and why everyone, regardless of role, needs to dive into their hidden minds and learn to tackle their bias.

What is unconscious bias?

Unconscious bias happens automatically and occurs when our brains makes quick judgments and assessments of people and situations without us realizing it. Often described as “mental shortcuts,” our unconscious bias is influenced by our background, cultural environment, and our personal experiences.

There are many different types of bias. They range from making an unconscious judgement about someone based on a social stereotype (age, gender, or ethnicity bias) to unconsciously preferring people who share the same qualities as us (called “affinity bias” or “like me bias”).

But I’m not biased!

I hate to be the one to break it to you, but guess what? Everyone has bias. In neuroscience, there’s a common phrase – if you have a brain you have a bias!

Our minds are powerful in ways we’re unaware of. Each day they make millions of decisions without us even knowing about it. According to neuroscience, we are exposed to 11 million pieces of information at any one time but can only deal with about 50. “Mental shortcuts” are essential to help us make choices without having to process each piece of information separately.

Yet, “being biased” is often seen a bad thing, which can be a barrier to people acknowledging and addressing their unconscious bias. Widespread awareness and understanding of unconscious bias are essential to dispel the myth that anyone can be bias-free, and to reduce the stigma of admitting your bias.

The more people within an organization who understand unconscious bias, acknowledge their own bias, and talk openly about what they’re doing about it, the less likely it is that unconscious bias continues unchecked.

No one should feel bad for having bias – it is part of being human. Being a good human means doing something about it.

The impact of unconscious bias at work

Unconscious bias has been widely researched, with several studies showing that gender and racial stereotyping can have a profound influence on hiring decisions. These kinds of decisions can exclude talented people from the workforce and from career progression. Ultimately this can make our workplaces less diverse and perpetuate inequalities in our society.

Let me draw on a personal experience. Quite a few years ago when I was a junior employee in a large organization, a new senior manager was hired. She moved cities to take up the position. Let’s call her Rachel. At a social gathering welcoming her to the company, Rachel and I got talking. She told me how hard her partner was finding the move. I asked, “Has he found work here?” Rachel paused, smiled at me graciously, then responded, “Linda’s retired.”

Despite considering myself an LGBT ally, there I was using unconscious bias to make assumptions about my new manager’s sexuality and the gender of her partner. I often wonder how many interactions like this Rachel had in her working life and how this affected her sense of inclusion at work.

While not everyone in a workplace gets to decide who gets hired or selected for promotion, all employees contribute to workplace culture. While an inclusive workplace culture must be led from the top, it’s up to individuals to show fair and respectful treatment of their co-workers and customers.

An inclusive workplace culture isn’t just created from the visible initiatives led by HR or organizational leaders. It’s also about the seemingly small, day-to-day interactions at work that truly show each other that we’ve been seen and are being treated fairly.

Increasingly, as the nature of work changes and we work more collaboratively, we need to be aware of how unconscious bias can affect teamwork and collective decision-making. This is true for anyone, whether leading a team, facilitating a group discussion, or participating in a shared process.

Diversity isn’t just about “visible” differences such as gender, age, or ethnicity. People can also hold different perspectives and thinking styles. This diversity of thinking is key to innovation – it helps to solve problems and tackle new and complex situations. But unconscious bias can be a barrier to drawing on diversity of thought.

For example, we can succumb to pressure to conform to the majority view and please others, even when we don’t hold this view ourselves. This can lead to groupthink or echo chambers where decisions don’t get properly critiqued. This is called conformity bias and is just one example of how unconscious bias can lead to poor decisions.

If your organization is embarking on a change initiative to drive diversity and inclusion, you will most certainly be looking at a learning strategy to support this.

Company-wide training on unconscious bias for both leaders and individual contributors can support not only a shared understanding, but also a shared language that can help drive change. Helping a co-worker spot their own bias, sensitively calling out unconscious bias in a meeting, or even raising the question of whether bias affected a leader’s decision can happen much more readily when the entire workforce is has attended the same training, with leaders learning alongside their team.

Here at Litmos, we understand the role that learning plays in building a positive workplace culture. Our popular Unconscious Bias course is suitable for all employees, regardless of role, in any organization. This general employee training can be supplemented with our series Creating Value Through Diversity and Inclusion. Designed for leaders, these courses help to understand diversity and inclusion, get to grips with unconscious bias, and cover practical strategies for tackling unconscious bias. 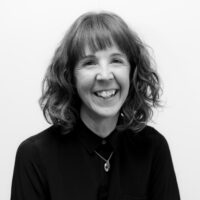 Diversity & Inclusion: How TTEC Is Practicing the Uncomfortable Conversations

Over the past two years, movements such as #MeToo, #BlackLivesMatter, and #StopAsianHate have pushed companies to look at diversity and...

International Women’s Day 2020 is this weekend, Sunday, March 8th! Now, two years after the #MeToo movement and the ripple...